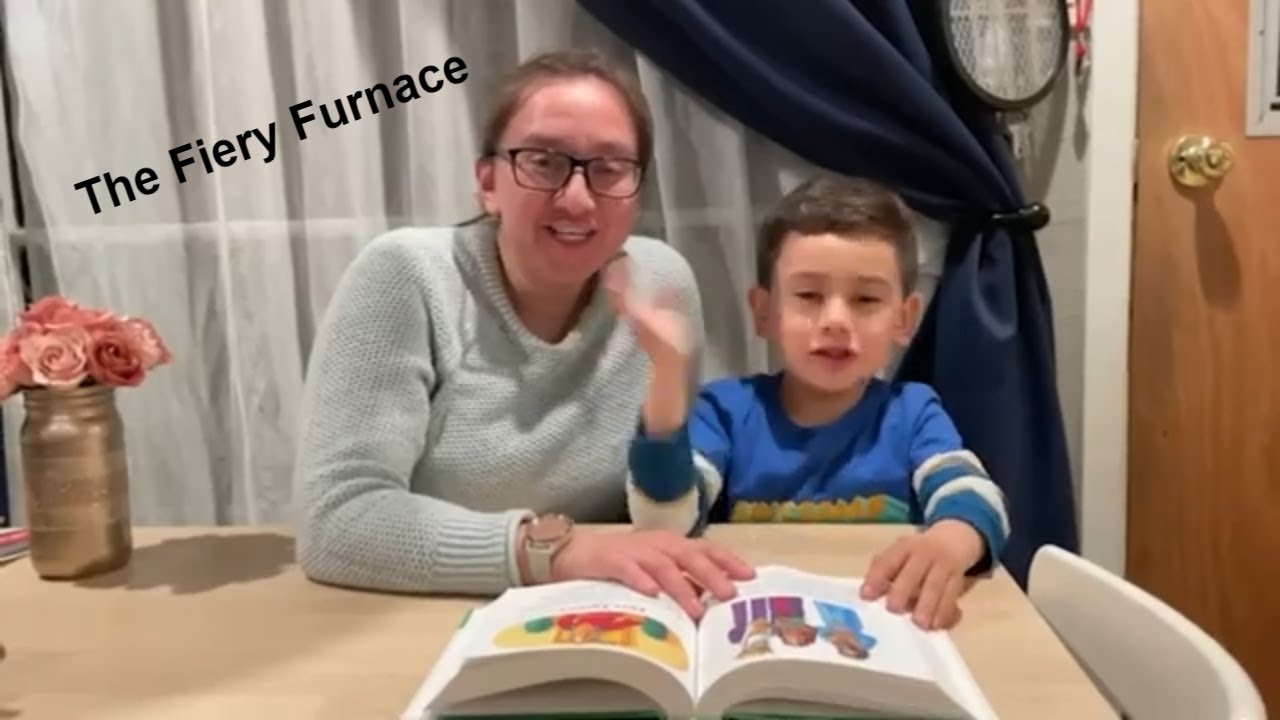 The Fiery Furnace
by Sara Rivas and Ezekiel

Hi Downey Church! Alright, so today’s Ezekiel wants to join me to do the kids story. Today we’re going to be sharing the fiery… the fiery furnace.

This is a story that takes place in Babylon. Yes. And there is a king called King. Nebuchadnezzar, yes. And King Nebuchadnezzar has built this huge golden statue, that’s about 90 feet tall. And He wants everyone to do what?

Everyone to bow down to the statue.

Yes. And what do these three Jewish men decide they’re going to do? Are they gonna bow down or Not?

Who do they want to serve only?

The true God, Yes. And they don’t want to bow down to any other statue. So then what does the king say? I’m giving you one more…

Chance to back down to the statue.

One more chance to bow down to the statute. And the music plays again. And what do they do this time?

They don’t bow down. So then what happens to the furnace?

It is transparent. hotter than usual.

Seven times hotter than usual. You are right. And then what do they do to the poor men? What are the soldiers do the poor men, remember?

They throw them in the fiery furnace, it was so hot it killed the soldiers that throwed them in

Yep, it was very hot that it did kill some of the soldiers that pushed them in. But what happened to the people to those three Jewish men?

They did not get killed.

God and he sent an Angel.

That’s right. And then when King Nebuchadnezzar saw that, in the furnace, instead of there only being three there were four, four and you said the person that the fourth person looked like an angel, an angel from God that is right. And then what is the king order?

To man come out.

Tell them to come out. And then what did he decide?

To worship their God.

We’re gonna all worship Shadrach, Meshack and Abednego’s God true God. Yes. That is right. So why is this your favorite story?

We could remind me that that God it all it with me.

That’s right. All right. I hope you enjoyed this children’s story.