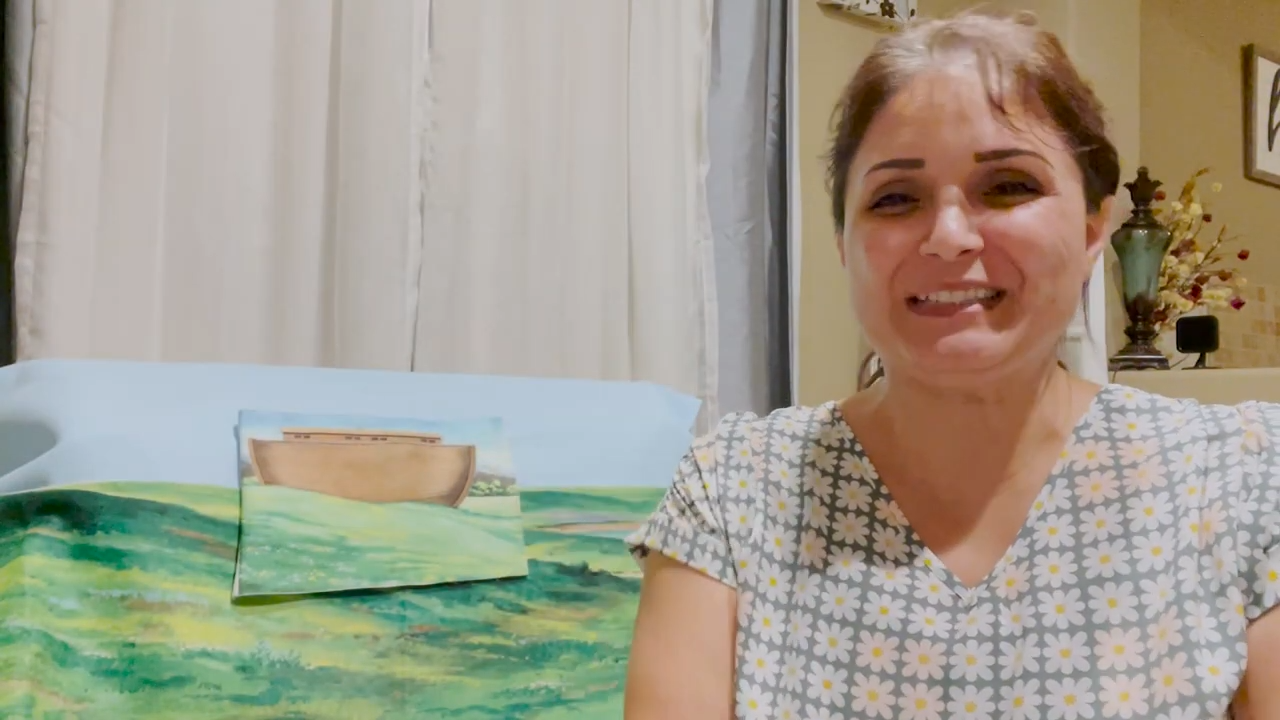 Good morning boys and girls happy Sabbath. I hope you guys are excited to be here today and have excited about your story. Today we’re gonna review one of my favorite stories from the Bible, which is of Noah and the ark.

You know, many, many years ago, God told Noah to build a giant boat, because he was going to send a lot of rain that was going to flood the whole world. And he told Noah, you have to make it so big, and so high, you put so many floors inside of here, because there’s gonna be a lot of animals coming to it. And maybe even a lot of people, because a lot of people back they were were very much into sin. And they were very bad. And they didn’t believe in God anymore. They didn’t love him. Some people didn’t know about him. So Noah did what God instructed and he built a giant boat. And he also spoke to all the people and he told them, people, Jesus loves you. He is the God that created the world. He is the one that created the plants and the skies, and all the oceans and everything we have here.

But the people thought you’re crazy, nobody has done all that stuff. You know, I mean, people thought he was just crazy talking about God. They didn’t believe him, but Noah went ahead and did what he was told. And one day, animals started to come in. See elephants, couple of sheep. We had cats coming in, there were lions and zebras. There were dogs. There were monkeys. There were many, many types of animals. I don’t have all the animals. But there were also you know, horses. And there were rhinoceroses. And all types of birds, like any animal that was in the earth, came and got into the boat by themselves. Some came two by two. Others came in sevens, you know. So they all did as God told him to, just as Noah did.

And once all the animals were in the boat, Noah and his family got in the boat too. Let’s put them all in the ark. Because that’s where they went. There are so many of them. But the ark was so big that they all fit in there. And Noah went in the boat. His wife went in the boat, his children that were adults went in the boat, and their wives also went into the boat into the ark, and then God, closed the doors, and sealed them so that water would not get in.

And all of a sudden, the sky started to get gloomy and dark. And there was a lot of clouds, black clouds in the sky. Have you ever seen when it gets it’s starting to rain, and they get super gloomy and ugly? Isn’t it sometimes scary? It starts to thunder and it starts to… there’s lightning bolts really loud and stuff like that, with that started to happen. And then the people were scared. And all the other people that would say that Noah was crazy, wanting to get into the ark. But it was too late because God had already sealed the door.

But during the whole time that it rained, and the whole time that they were on the boat, God took care of them. They were safe in there from the rain, they were safe from the thunder and the lightning. And they had everything because Noah followed the instructions of also getting food for himself, for the people that were supposed to be in the boat, and for all the animals.

So I just want to remind you boys and girls that God takes care of us all the time. He loves us and he protects us no matter what. We just need to remember that in his love for us. He cares for us with all of his heart. I hope that this week as you’re doing your regular things, going to school, being at home, doing your homework, helping Mom and Dad, you remember that God’s love is so so big. That he will do whatever it takes for you to have eternal life and be in Heaven with Him.

Let’s bow our heads, Dear Heavenly Father, thank you so much for all the love that you give us for being our protector and our guide and for loving us in every way. We pray now that you bless these children and you stay with them throughout the week. And you bless them. Thank you for everything Jesus. In your name, we pray, Amen.

Have a great week, everybody. We’ll see you next week.