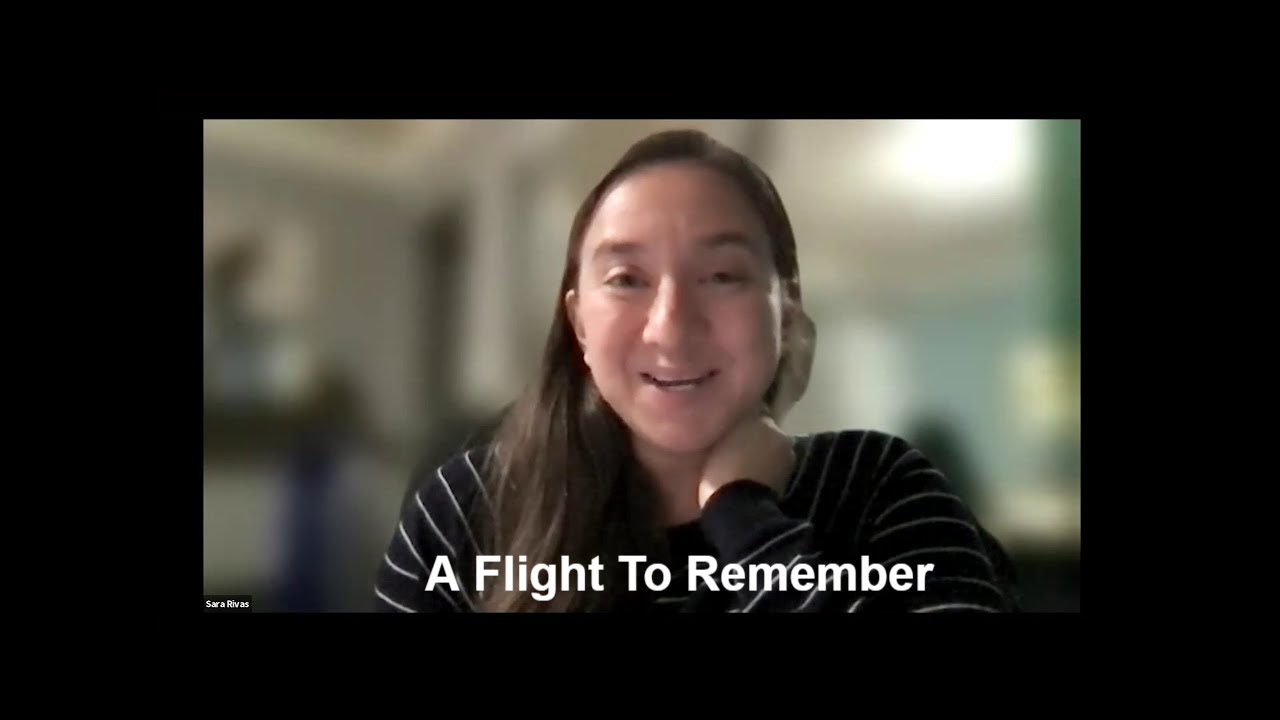 A Flight To Remember
by Sara Rivas

Hi boys and girls Happy Sabbath. I’m so excited to be able to share the children’s message with you today.

This message is titled “A Flight to Remember.” About 1000 years before Christ was here on earth, King David mentioned in Psalms 55:6, I wish I had wings like a dove, then I would fly away and rest.

In 1792 the Montogolfier brothers who lived in France started studying the clouds. They were very interested in flight, they ended up coming up with an idea that they said, Well, if clouds can fly, I wonder if we can trap a cloud, or something that resembles a cloud, which ended up being smoke from a big fire inside of a balloon and then wonder if we release the ropes, the tethers that are holding the balloon down, if the balloon will be able to take flight. And they did it. And they experimented. And it worked. They thought, well, this smoke really does make can really make something fly in the air. So then they made an even bigger bag and started an even bigger fire. And they decided to show the king and queen of France what a cool experiment they had come up with. And they allowed all the people from their country to come whoever were near to come by him to watch this awesome spectacle. And they thought it was the most fun thing they’d ever seen, so that everyone pitched in, so they could do it again. And this time they decided they were going to take some passengers. Their passengers were duck, a sheep and a rooster. They put the three animals in a cage and strapped them to keep them safe in the basket. And they went off for an eight minute flight up in the air. And when they landed, they open to the cage to see what had happened to the animals. And the only damage that had been caused with it was that the sheep accidentally stepped on the roosters wing, poor rooster. But other than that he was fine and he was safe.

Then they realized, while you know we’ve done this a couple times and nothing has ever happened. I think it’s time that we allow a human to fly. So the first person to be able to take flight was de Rozier. He was actually competing against a criminal. The king thought it’d be a better idea to have a criminal fly first, a convicted criminal that is. de Rozier convinced him no no let one of us aeronauts. We’ve been working so hard. Let one of us be the first man to be able to take flight. So de Rozier took flight and he took a fire with him to help navigate his balloon.

That same year Lunardi in England, figured out that if he filled up a balloon, way big big with helium that he could also fly so he attempted his first flight. With these two giant paddles, he took a dove and a cat. The paddles he was attempting to use to be able to allow him to navigate to go different ways. But unfortunately as soon as he started his flight has dove got away and one of the paddles broke and after broke it fell for from high up in the sky down to the earth to the land and one of the spectators thought oh no it must be Leonardi. She was terrified. She fainted and unfortunately passed away. But Lunardi was safe and he ended up safely landing after his flight and his kept was also say the story about Lunardi also shared that there was a judge who was in a very important case. And when he saw this balloon flying out of his window, he decided to come to a very quick verdict and the verdict was innocent. You are innocent. Let’s all get out of here. Let’s go check out what is happening outside and everyone from the courthouse ran outside to see this hot air balloon. Sorry to see this balloon that was in flight.

Then in 1785, at Jeffries & Blanchard, who were in England, decided to take another flight. And they crossed the canal Bella mantra that connected England and France. So they also had some sort of pedals to try to steer their balloon. And when they were only a third of the way through, their balloons started descending, which means going down, and they thought, oh, no, this isn’t good. We’re not far enough for our balloon to start to be descending. So they started throwing everything that they had in the basket, they started just throwing everything out into the water. And the balloon slowly started to rise again. And once they were ascending, they got so excited. They said Wow! That was so close. And then when they only had about a quarter of the way to go, their balloons started descending again. And it was winter time it was January of 1785. And so they were wearing some big, thick, heavy coats, and they decided, oh, no, I think our coats are gonna have to go to so they took off their coats, they took off their sweaters, they took off and they were just about bare. But because of all of that extra weight that they had released from the balloon, they were able to safely get to the difference and they ended up landing in a forest in France, and they were just about to become icicles, but they were super thrilled with their flights.

Then as time progressed, things started happening in the 1900s in Germany. A man with last name Zeppelin came up with us with what we know now to be Zeppelin’s. His name was Fernando Zeppelin. He started working on it since 1897. But not until the 1900s Did he get to fly it and he ended up using these Zeppelin’s in World War One. They were very instrumental for this war. And the Zeppelin’s are actually still around today. I don’t know if you guys have seen the Goodyear blimp, but that’s also of Zeppelin.

As the years went by, they ended up coming up with better and better machines. In 1903, the Wright brothers came up with a gas powered machine that worked on a combustion engine. And it helped them take on their very first flight. And this picture is one of them flying to going on when of his very first flight since then things have exponentially improved. So much so that we’ve been able to go to the moon. And we’ve been able to safely go out into an orbit around the Earth, we’ve been able to do so many awesome, wonderful things.

But the very best flight and the very best story that we have with flight is one that is yet to come. And I know it will happen very, very soon. And that story is when all of us who love Jesus with all of our hearts, gets to join him in the air for his second coming. I can’t wait for this set this flight. We I know that you and I will be able to be together with our loving father and get to spend an eternity with Him. He’s coming soon. And I want you to be ready.

Let’s pray. Dear Heavenly Father, Lord, we thank you so much for these boys and girls. We thank you because you love us so much. And you show us so much grace. We want to thank you because you came and you died on the cross so that we can come and be with you for an eternity. Please help us to surrender our hearts to you and to love You and to be lights and this dark world. Thank you for all the people that are around these boys and girls that are helping to build them up for your kingdom Lord, please be with them. Please pour blessings on them on their families on their teachers on all their loved ones. And we think You again for everything that you do for us we love you and we praise you we really looking forward to being with you and happen in Jesus name we pray amen